OFFICE OF THE MAYOR 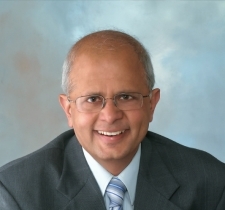 The Mayor, is the Chief Executive Officer of the Township. The Mayor is elected to a four year term of office. Under West Windsor’s nonpartisan Mayor-Council Form of Government, the Mayor exercises the executive powers of the municipality. Specific functions of the Mayor include enforcement of municipal ordinances, supervision of all municipal departments, supervision of municipal property, appointment and/or removal of department heads, oversight of municipal budgeting, personnel, and purchasing procedures, preparation of the municipal operating and capital budgets, and negotiation of contracts subject to Council approval.

The Mayor serves as an ex-officio non-voting member of all appointive bodies of which he is not an official voting member. The Mayor may also attend Council Meetings and take part in discussions, propose legislation, and veto ordinances, subject to override by a two-thirds majority of the entire Council.

STATE OF THE TOWNSHIP ADDRESSES